5 Reasons Why Burglars Return to The Scene of The Crime 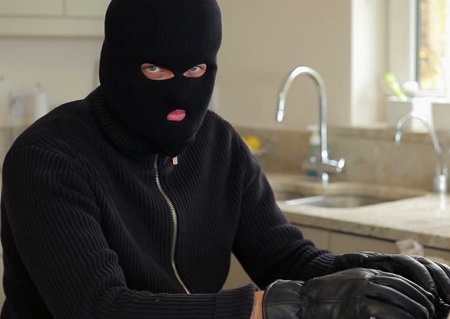 “Criminals return to the scene of the crime.” It almost seems like a line from the movies, right? Well, believe it or not, this line doesn’t just come up in movies or on TV. There are actual, real-life statistics that show burglars are very likely to return to a home they have previously victimized. Not only that, but they are more likely to break into a home in the same neighborhood they’ve already victimized. So, if a home down the street has been broken into, you could possibly be the next target. Here are a few of the reasons a burglar might return to the scene of the crime, giving you a leg up when it comes to protecting yourself and your home.

For most burglars, it's physically impossible to take all your valuables in one go. Not only is it more than they can handle, but being in a house for more than a few minutes increases the chance that they will be caught. Often, the first time burglars break-in will be to grab a few things, but also look around to learn about what else you have and where it’s located. So, when they break in again, they know exactly what they want to grab and where it is. Here are some of the reasons burglars return to the scene of the crime:

1. Little to No Effort

After breaking in once, a burglar is familiar with almost everything in your home, which makes it that much easier to break in and rob the home again. They know what you have, and they know what it will take to get it out of there.

Whether it’s your home or another home in the neighborhood, burglars will often return to homes that have a layout they are familiar with. They know what each room is and how to maneuver without being caught. This is why, after breaking into one home, they will hit other homes in the area -  because the layouts are similar.

By already knowing the layout of your place burglars know the best ways to get in and out fast. This lessens the chance of them bringing attention to themselves or getting caught, which makes your home a great repeatable target.

Burglars know that, when something is stolen from your home, either you or an insurance company will pay to have the items replaced. Things like TV, Blu-ray players, wedding rings, gaming consoles, and laptops all fall into this category. They also know that you will replace these items fairly quickly, meaning that they can break in and steal them again.

Once a burglar knows you don’t have a home security system, your home becomes a suitable target. And, if you do not install a system after the first break-in, you essentially become a sitting duck. Without some kind of home security, you are basically advertising to a burglar that you and your belongings are unprotected. Protect yourself and your home.  Be proactive and install a security system before the first break-in even happens. There are several ways by which a home security system actually deter burglars. If an intruder or burglar knows they have a high chance of being caught, it lessens the chance that they will decide to break in. Burglars do return to the scene of their crimes, especially when it comes to home invasions and robberies. Help keep your family safe by knowing the reasons why a burglar may return to the scene of the crime, and how to eliminate the chance of them entering your premises in the first place.